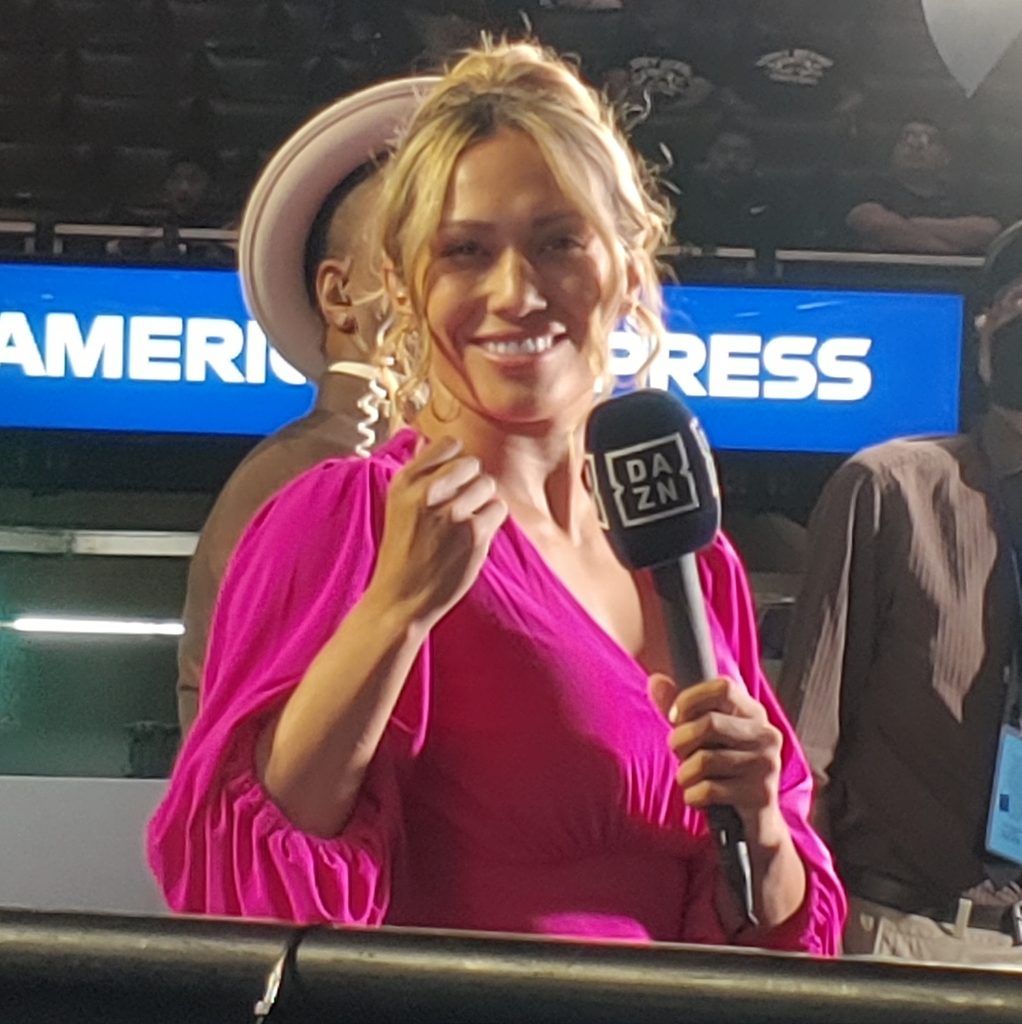 Seniesa Estrada, how quickly they forget.

Before disappearing for nearly a year, the petite minimumweight champion Estrada was considered one of the most dangerous female fighters in the world, not named Amanda Serrano.

Many boxing publications listed her among the top five female fighters pound for pound.

The East L.A. fighter Estrada (22-0, 9 Kos) returns to the prize ring to defend the WBA minimumweight title against Argentina’s Jazmin Gala Villarino (6-1-2) on Saturday Nov. 12, at the Palms Casino in Las Vegas. ESPN+ will stream the Top Rank fight card.

Since Estrada’s 11 month absence, numerous other top female champions have grabbed headlines and lit up marquees with spectacular performances. No other period has seen as many women grab attention of boxing fans like the year 2022.

Can Estrada remind boxing lovers what she can do?

Competing for the world title will be Villarino who fought and defeated a couple of similar past foes of Estrada. She’s traveling a long way to prove her talent. Is she up for the test?

“It’s a happiness that I can’t hide,” said Villarino of fighting in Las Vegas. “I’m well prepared and ready for this moment.”

In the world of boxing, nothing or no one is a cinch.

“I feel like they are underestimating me,” said Villarino during the press conference on Thursday. “But we are from the land of Argentine and fighters like Fernando Martinez, Chino Maidana and were going to put on a great show on Saturday.”

Talent does not guarantee victory as has been proven in the past many, many times in the boxing world. Injury, weight issues, or simply overlooking another seemingly weaker opponent has caused many a stumble.

“I know any fight can be dangerous. She’s fighting in America for the first time and is coming in as the underdog. This is her opportunity to become a champion, and I am not taking her lightly,” said Estrada of Villarino. “I always prepare to be the best ‘Super Bad’ I can be.”

A year, or almost a year off can sometimes lead to lack of sharpness, especially defensively. It can be the matter between winning and losing.

After Estrada’s knockout win over Maria Santizo last December in San Antonio, Texas, she did not fight again due to contract issues with her former promoter Golden Boy Promotions. Though she was offered fights they were refused. Finally, during the summer she asked for a release and it was granted. She signed with Top Rank which was a surprise to many. Most figured it would be Matchroom Boxing who have many women signed under contract.

Top Rank gave her the best offer and now she finally debuts for the veteran boxing promotion company.

During Estrada’s doldrums, she personally witnessed many of the epic confrontations such as Katie Taylor versus Amanda Serrano. It’s definitely made her trigger happy.

“I felt like I was missing out on all the incredible things happening in the sport. I want to be the best and stay active,” Estrada said.

It was at the Serrano-Taylor fight that Estrada met Mikaela Mayer and Ginny Fuchs and the three adventured through New York City that weekend during the end of April. During their conversations Estrada discovered Mayer’s purse per fight and that proved to be significant for the East Los Angeles boxer known as “Super Bad.”

Now she looks to prove her worth.

“It’s the perfect time in women’s boxing to be with Top Rank and to fight on the ESPN platform,” said Estrada, 30.